Telematics car insurance is based on safety and saving money.  These two concepts are giving drivers opportunities like never before and they are taking advantage of them.

Telematics car insurance makes it possible for every day drivers to reap the rewards of a car insurance product which uses technology like never before.  Drivers are potentially able to save thousands of pounds each month and not have to do anything special except drive the car with safety in mind. 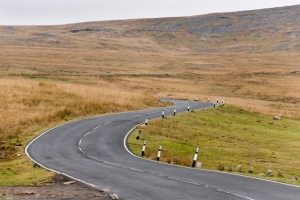 Welsh roads have proven quite dangerous in recent years, but the number of deaths of young drivers has declined slightly in the last year.  A National Statistics report pointed to a possible reason the number of 16 to 24 year old casualties has declined for the year 2012.  The number of men drivers has potentially gone down for multiple reasons.  The Welsh Government has made safety a priority and has specific goals of reduction in coming years.

A look at casualty figures displays an unfavorable outcome for drivers 16 to 24 through the years of 2008-2012.  More than 25% of all fatalities between these years included young drivers.  This remains shocking due to young drivers making up only slightly more than 10% of the population in this area.

Sarah-Jane Martin from Brake, the road safety charity commented on the factors leading to tragedy on Welsh roads, saying: “Traffic is the biggest killer of young people.

“Young drivers are the most likely to crash on roads because of a combination of age and inexperience, and too many young lives are being needlessly wasted.

“Young drivers are also responsible for causing deaths and injury among road users of all ages, so it’s vital urgent steps are taken to support young drivers to be safer.

“Brake supports graduated driver licencing to help protect vulnerable drivers from exposure to the greatest risks when they are still gaining experience, and we’re urging the government to bring this in as a priority.” 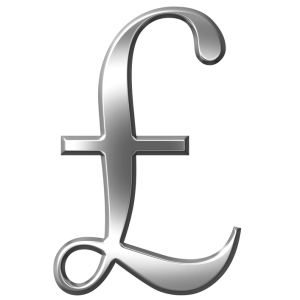 Car insurance has never been a consumer product which was thought to offer a way to save money.  It has always been looked at as a required piece of the driving pie.  Car insurance has always been required just like a valid driver licence and a proper car.  Young drivers are more enthused than ever to get behind the wheel and start driving, but there is more to driving than just jumping in a car.  Now, thanks to a new car insurance product, young drivers are being pointed in the right direction like never before.

The new car insurance which is helping drivers get started in the right direction is known as telematics pay as you drive car insurance.  This type of insurance product is making waves across the UK and setting new standards for what is possible with car insurance.

Telematics pay as you drive car insurance is helping young drivers like no other product has done in the past.  Drivers now have an opportunity to not only save money, but also become better drivers due to the change in behaviour which will result in more attention to safe driving.

The New Year brings with it a fresh start and resolutions to take on.  For many people, it can also bring the start of preparing for a driver licence or driver training lessons.  Many young drivers also get anxious as this may be the year they start driving.  Along with driving for the first time, young drivers will also have to purchase car insurance for the first time.  This purchase has never carried much enthusiasm with it in the past, but time has changed.

The enthusiasm over telematics car insurance is completely authentic as it is changing the way insurance is viewed overall.  Telematics car insurance makes it possible to become a better skilled driver due to a driver being able to access a personal online dashboard which makes it possible for the driver to view how they have been handling the car.  They receive feedback which allows them to understand weaknesses and strengths.

Areas of their driving can then be worked on to improve skills.  This facet of telematics alone separates it from all other car insurance products.  As drivers improve their skills, insurers view them as less risky to insure.

Car insurance has been a staple of driving for decades.  Along with a driver licence and routine maintenance, car insurance is the major expense which is necessary to keep the car on the road.  Without any one of the three, the chances of a car having to be parked is great.  This is why drivers are constantly trying to find ways to cut cost.  Now drivers have a partial solution to cutting cost of car insurance.  The way to potentially cutting cost is known as telematics pay as you drive car insurance.

A device about the size of a mobile phone is installed in the insured car which performs tasks which completely separate telematics car insurance from all other products.  This device is able to monitor driving habits like the speed of the car, braking and cornering.  It monitors other habits as well which the insurer evaluates to determine how the driver is handling the car.

When an insurer evaluates the data collected by the small device and discovers proof of safe driving, the driver becomes eligible to receive rewards from the insurer.  These rewards provide valuable incentives for any driver to handle their car with more safety in mind.

Now there is a car insurance product which offers more than just protection in the event of a car crash.  It is known as telematics pay as you drive car insurance and it is changing the car insurance industry.  Drivers are referring to it as revolutionary and industry changing, and for good reasons.

Telematics car insurance is the first insurance policy of its kind.  It makes use of technology which has been around for years but never applied to car insurance.  The technology used is GPS enabled and can also monitor driving habits.

The small device which is installed in the insured car is capable of several important tasks.  It monitors driving habits like speed, braking and cornering, along with several other driving habits.  These habits provide the framework for driving a car with safety in mind.

When a driver is seen as a safe driver they become eligible to receive rewards from the insurer.  These rewards are quite valuable as they come to the driver in the form of discounts applied to future monthly car insurance costs.