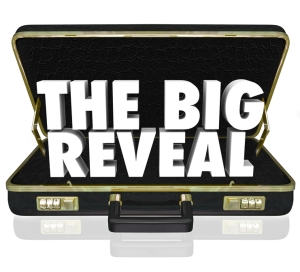 Telematics car insurance remains a mysterious product on the market.  It is suggested by experts as the product to explore when seeking out a new policy as renewal time nears.  It is the product suggested for young drivers to allow more affordability of keeping a car on the road.  It is also discussed by researchers as being a tool to help young drivers stay safer on the road.  As more is revealed about the product then more questions arise for how can a car insurance product offer so many benefits?

Telematics car insurance is unique due to the GPS unit that is installed into the insured driver’s car to collect driving data.  The data is used for risk assessment to determine cost of a policy.  The opportunity exists for a driver to gain savings by driving safe and proving they are worthy of low risk rates from the provider.

Providers coordinate the installation of the GPS unit with a professional at the driver’s workplace or home.  Most car models can have the unit installed within an hour.  It is installed out of sight and neither driver nor passengers will be aware of the unit within the car.  However, the little out of sight GPS unit is a valuable partner in delivering a new type of car insurance to drivers in the UK.

Due to the monitoring of the driver for safe driving habits for the purpose of determining policy costs, telematics car insurance is a tool for keeping young drivers safer on the road.  This makes it popular with parents that have peace of mind from a car insurance policy with the benefit to keep their young driver ever conscious to be a responsible and safe driver.

Telematics car insurance is truly a simple, fair and unique car insurance product.  The only secret to the coverage is that it is surprising that there are still drivers on the road that haven’t switched, yet.

A device known as a POD or personal optimisation device is installed in the insured car.  It is responsible for the key new features which makes telematics car insurance such a hot item.  Features like being able to drive with safety and be rewarded for it is just the beginning.

The installed device monitors driving habits like braking, cornering and acceleration.  Other habits are monitored as well and go into the ability for insurers to reward drivers the way they do.

As drivers are demonstrating safe driving habits, they are becoming eligible to receive rewards from insurers in the form of discounts applied to future monthly insurance costs.  Drivers see these discounts as valuable as savings affects all family budgets.

Car insurance is now seeing progress like never before in the form of telematics car insurance.

Car insurance has been impactful to family budgets for years.  It is an expensive part of driving on UK roadways and can even prevent a car from continuing to stay on the road permanently.  This can lead to difficulty getting to work or school.  Families need a car insurance which is able to assist the family budget in a positive way, especially if young drivers are on the road.

There is a new type of car insurance which is helping families by enabling them to potentially save money.  This new car insurance type is being called revolutionary by some.  It is being referred to this way due to the manner in which it provides cover.  Drivers are able to drive with safety and save money.

The technology involved is quite impressive.  A device which is about the size of a mobile phone is installed in the interior of the insured car.  This device is installed on or near the dashboard of the car and has no affect on the warranty of the car.

The device is known as a POD or personal optimisation device.  This device is important as it monitors driving habits like acceleration and braking as well as others.  Insurers use the data collected to determine safe driving habits.  When drivers are seen as safe they receive rewards from the insurer in the form of discounts applied to future monthly costs.

Saving pounds is not an issue which is discussed within the same conversation as car insurance.  It is something which is often sought out by drivers of all types.  Car insurance is typically a stressful topic of any conversation and especially one revolving around a family budget.  To keep a car on the road is quite expensive and the cost is expected to go anywhere but down over the following months.  A new car insurance product is making an effort to alleviate the high cost of car cover.

Telematics car insurance is making a strong impact on all types of UK drivers for many positive reasons.  It is an insurance product which was developed with safety and savings in mind and those ideas are being carried forward.  Saving pounds is being brought onto center stage and seems to only become more popular.

Telematics pay as you drive car insurance is an insurance product which enables drivers to do things never thought of before.  It is a product which allows drivers to purchase only the miles needed and top up when those are close to expiring.  That cost savings is only the beginning.

Driving habits are monitored for drivers to prove they can handle a car with safety in mind.  Habits like braking and cornering are monitored along with acceleration and time of day the car is being driven.  These habits make up the foundation for safe driving.  Drivers aware of this and able to handle a car with safety will qualify by insurers’ standards for rewards.  These rewards will be presented to them in the form of discounts applied to future monthly car insurance costs. 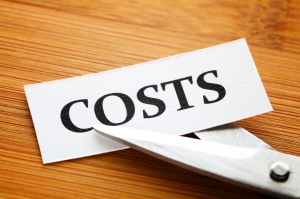 Car insurance has never been a product which has been linked with cost saving.  As the last decade has proven, the cost of car insurance seems to have no ceiling and little resistance to increases.  Although the last few years have given some relief to drivers with a slowdown in cost of car cover, higher costs are predicted to be coming again soon.  Drivers need a proven car insurance product offering a cost saving scheme and not just assistance in the face of a car crash.

The cost saving scheme is centered on technology.  The key piece of technology is located within the insured car and is capable of several different jobs.  The critical job the small device is capable of is monitoring driving habits of the driver at any time they are behind the wheel.

The small device collects the data from monitoring driving habits and this data is accessible to the insurer.  The insurer then evaluates the data and determines whether or not the driver is handling the car with safety.  If the driver proves to be a safe driver, they become eligible to receive valuable discounts.

Drivers are likely to find that they can make a switch to a more affordable car insurance policy that still offers quality coverage.  The reason is that car insurance premiums have fallen over the last twelve months.  Recent data released by AA Insurance shows that in the last year there has been a reduction in the average cost of coverage.  An annual policy average for comprehensive car insurance is £533, which is a reduction of 14.1% from last year’s £621.

The lower premium opportunities are credited to competition between car insurance providers that are seeking drivers as well as the crackdown against bogus whiplash claims.  The aggressive decline is being seen as quickly approaching a level that will flatten out and possibly see a rebound shortly after.  This means that current quotes being offered by providers are highly likely to be lower than quotes offered last year or even the year before that.

Simon Douglas, director of AA Insurance said, “It’s as if premiums are on a helter-skelter slide. I fear that the downward spiral will end with a bump.  And while I expect the falls to continue at a slower rate over the first quarter of this year, I think they will then level off.  But my biggest fear is that if the falls are too great, premiums will bounce sharply up again later in the year.”

The average cost for car insurance declined for both young drivers as well as senior drivers.

Drivers are encouraged to shop around for a new policy as their renewal period approaches.  With the cheaper car insurance rates currently on the market most drivers will find they can save with a switch.  Starting with telematics car insurance is a smart consideration as it could offer the deepest discounts to be found for drivers, especially young drivers. 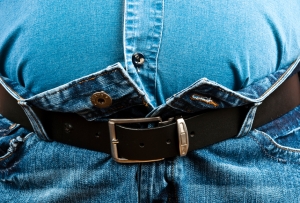 Obese drivers are now being handed special Blue Badges due to the inability to walk more than 50 metres.  These drivers have great difficulty with using public transport and are therefore being given a special pass to help them get around.  Many councils do not document the number of badges handed out each year, so the total number of badges passed out to obese drivers and others is unknown.

Drivers are able to apply for a badge if they have difficulty walking due to a permanent disability.  This issue is under debate however with some opponents feeling that it is enabling to drivers who simply need to lose weight.

Tam Fry, with the National Obesity Forum, commented on the Blue Badges and has issue with handing them out randomly, saying: “I don’t think councils should be giving these passes out as the obesity problem gets worse.

“That is pandering to an individual who should be taking responsibility and getting themselves in shape. Local councils have to put these people on weight management courses, which are considerably cheaper.”

Handing out Blue Badges to obese drivers parallels another issue with drivers.  Simply because a driver is obese should not entitle them to a special pass as drivers with a poor driving history should not be penalised with higher costs for cover.  Most drivers have the ability to change which applies to both issues.

Telematics car insurance could be the answer for drivers with poor histories.  It is cover which does not formulate cost based on the past.  It focuses on what a driver can do into the future.  Obese drivers should be given special consideration and put on a goal centered plan to help them become less obese.